One of the primary concerns when it comes to bushcrafting and outdoor survival is cutting wood into smaller pieces. For that, an axe or a hatchet might come very handy, but they are not always available to us. Additionally, we may opt to choose a knife as it offers more precision. But what exactly is batoning?

Batoning is a method that we can use to split wood in half or in smaller pieces without too much effort. You only need a good knife and something to hit the knife to make the cut, such as a small log. It’s a helpful technique to use in the wild for splitting wood or accessing the dry material inside the wooden core.

How to Baton with a Knife (Proper Batoning Technique)

In essence, batoning is a simple technique that can have great results. But doing it right requires some practice and of course, a good tutorial like this. You might also want to ask someone to show you this technique so you can see it in flesh.

Batoning improperly or with the wrong materials can damage your knife, but you can also hurt yourself if you’re not careful. Avoid using bricks or rocks to hit the knife, as it will damage your knife!

Here’s a step-by-step guide of how to baton with a knife.

First, get everything ready and set the “scene” up. Get a piece of wood that you’ll baton with, and you’ll also preferably have a stump ready. Not only will this give you stability, but it will also prevent the knife from hitting rough surfaces. And of course, have the knife ready.

Take the batoning stick in your other hand. This stick or a piece of wood, should be strong and hefty enough to allow the knife to make the cut.

Tip: Make sure you hold the knife with your weaker hand, as you’ll need some force with your stronger hand on the batoning stick.

Start hitting the knife with the batoning stick or piece of wood. It might take several hits to make the cut, and of course, a good, sharp knife.

The Advantages of Batoning

So now that you know how to baton, you’ll want to know why you would do this. After all, you’re putting your valuable knife at risk, and there are other options that will give you more power. So what are the advantages of batoning?

But of course, batoning can have some disadvantages, especially if you don’t use the proper technique. While it’s a great method for precision, batoning doesn’t give you that much power for cutting larger logs. So bear these risks in mind when you’re using this technique the next time.

Is Batoning Bad for Your Knife?

Another potential issue with this technique is that people tend to use wrong materials to baton with. For example, rocks might damage your knife significantly and dent it. It’s a tempting option as it’s a rough material and there’s plenty of it, but refrain from using it. Instead, use sticks or wooden logs to baton with.

Many people have reported that batoning is bad for their knives; but this doesn’t necessarily have to be the case. If it is done properly, it’s one of the simplest and most effective techniques for cutting wood.

Can You Baton with a Folding Knife?

Batoning with a folding knife is not the best idea. While many people only have a folding knife, you should only use it as a last resort. But if you have a choice, always choose to baton with a fixed blade knife. Why is that?

When you’re hitting the fixed blade knife with a baton, the impact of the hits will be spread throughout the whole blade. And these knives are much more secure. Their structure is far more rigid and solid.

Folding knives are obviously designed for portability, so they have a design with a pivot pin that will let you extend the blade when you need it. This pivot pin is also holding the knife extended, although it doesn’t support harder impacts or hits which can happen during batoning.

As a result, the pivot pin will get severely damaged, which will make your folding knife pretty much useless. Folding knives have many advantages, but batoning certainly isn’t one of them.

You should only baton with a folding knife in extreme cases. For example, when your survival is in question, and when you desperately need to cut a log. In other cases, refrain from using it for batoning and use a fixed blade knife instead.

What is the Best Knife for Batoning Wood?

But which knife to use then, you might ask? Well, in my opinion, the knife has to be sturdy enough to take the beating. The handle needs to be comfortable enough, and the material crude enough to withstand the pressure.

The best knife for batoning is…

You Can also Check The KA-BAR on BLADEHQ HERE

You simply can’t go wrong with KA-BAR. It’s a full tang, heavy-duty knife with a 1095 cro-van steel blade. Splitting wood with it will feel like a pleasure instead of a chore. It also has an ergonomic, smooth handle so you’ll be able to use the knife for longer periods.

It’s a highly maneuverable knife capable of cutting with precision. Its 5.5-inch blade will help you make precise cuts, but it will also cover an impressive amount of area. But above all, this is a knife that will help you with just about everything else you need for bushcrafting.

Whether that’s shelter building, skin game, hunt, slice vegetables and food, and everything else that’s needed for survival. This knife just delivers. And it also offers a stellar performance for batoning and splitting wood. It won’t get damaged that easily, and it’s very compact and unlikely to break that easily.

Batoning is a technique that’s used in the wild to split wood and cut woods with the help of a knife. We’ve learned that fixed blade knives worked best, while it’s also crucial to use the right batoning technique and materials.

I’ve given you my recommendation about what the best batoning knife is – the KA-BAR Becker BK2, which is a great, versatile knife to have with you in the wild.

link to How To Use a Whetstone? All You Need To Know About Whetstones

Every collector needs two things: Knives and whetstones. Knives we all know, obsess over and adore. Whetstones, on the other hand, remain a mystery to a large chunk of newcomers. Yes,...

Continue Reading
link to How Much Does an Authentic Katana Cost?

Looking for an authentic katana? You'd have to spend at least $2,000 on one. Authentic, Japanese-made, handcrafted, Tamahagane katanas aren't going to come any cheaper. Of course,... 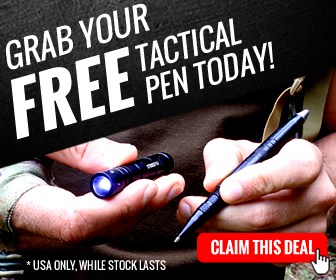